Alexandros El Sayed - "Alex is a pretty cool guy. He is one of my taste tester for my Arabic foods."

"I'd very much like to follow my dream to become a chef. I-I'd also like to be able to get the stuff done so I can be happy in my own body."

"Uh I'm a really good cook? I can cook a lot of things and my siblings all say I have interesting choices."

"I...I... I don't know exact what we might be but Vesta Novak is the one...? She's really kind and caring, and extremely supportive on what I want to do and helps me during my hard days."

"When I Fairy Fail a recipe - and it happens a lot."

Heroics 101. "I don't want to do anything with fighting or saving."

Alexander Jupiter Charming, stylized as AJ Charming, [he/him, they/them] is a 2018-introduced and all-around character. He is the son of a King Charming and the successor of the King from the European fairy tale Brother and Sister written by the Brothers Grimm.

At the time of the Rebel Movement, AJ is attending his Legacy Year and currently rooms with Alexandros El Sayed. Not wanting to deal with the drama of his story and the legacy debate, AJ sides with the Rebels.

Before Attending Ever After High

Born in Londust, AJ is the youngest child of King Easton and Queen Journey Charming, and the younger brother of Kaelyn, Liam, and Juniper Charming.

At a young age, AJ started realizing they didn't see themselves as a girl. Afraid of how their parents would react, AJ kept it to themselves. Kaelyn ended up finding out when she found AJ in Liam's room trying some clothing he had outgrown.

Attending Ever After High

After Attending Ever After High

With Raven Queen destroying the Storybook of Legends, AJ was happily free to do what he wanted after high school. What AJ wanted to do, was to go to culinary school, unfortunately, again, his parents were not supportive. Luckily, his grandparents and Kaelyn were and paid for his schooling.

AJ is a sweet, kind, somewhat shy, and caring young man. He respects people and their choices and believes they are doing what they think is what they want.  He is self-conscious about his appearance at times and because of that, when he's scared or nervous he tends to pull his jacket tighter around him and pull his hair. That's just his way to try to make him more comfortable.

AJ is shy when talking to new people, not sure how to start a discussion. He is extremely shy when he talks to girls, especially pretty ones (he blushed and stuttered when talking to Fay Fairer). He usually rambles about something, mostly on cooking when he's nervous and he does have a small shutter.

AJ isn't the greatest with feelings. He doesn't know how to tell people how he's feeling because he never really had anyone ask how he was feeling back home and when he was growing up. Kaelyn literally, had to force it out of him (which did not end well), before learning a new way to get him to reveal his feelings. Because he is not the best with telling emotions, he's known for keeping all emotions to himself, which over time can cause him to have a mental break down (also doesn't help that he has anxiety).

AJ has anxiety and deals with panic/anxiety attacks that can pretty much happen whenever something is too much for him. The anxiety started when he first came out as Trans, not being female. He is also very shy about telling people he is trans, afraid of how they will react (he doesn't have many people at home to support him). It would take time for him to calm down, but eventually, he learned that calling his older sister Galatea helped a lot and that's what he does when he feels a panic attack coming. Now that he has Citrine, he doesn't call Kaelyn as much but does notify her when he has a panic attack.

AJ's anxiety does cause him to have bad days when he absolutely refuses to leave his room. During those times, Citrine will go and get Liam and drags (or tries to) him to AJ to try to help him. Whoever Citrine gets depends on who stays with AJ. He appreciates his brother coming in to help him, he often worries that he's preventing Liam from living his own life. Liam and AJ have argued over that detail countless times, but Liam always says that he is never a burden to him.

AJ is a young teenager with light skin tone, semi-long dark midnight purple hair, and ocean blue eyes. He prefers wearing silvers, grays, and dark purple colors. AJ's hair is kept in a messy sort of way but still slightly tamed with some bangs hovering over his eyes, Kaelyn has tried to tell him not to cover his eyes but doesn't always work. He also has pierced ears.

In his younger, earlier years, AJ had long, near waist-length dark purple-black hair, normally kept in a half-up, half-down double twist hairstyle, with some bangs slightly pulled to the side.

AJ loves to cook. He enjoys it very much and finds much joy in making his own dishes. When he was back living with his family, he'd help the cooks with meals and even make something for his older sister. He was scared to cook for his other family so never did.

When he was a child, Journey would take AJ and his siblings' horseback riding. Though, only AJ really showed any interest. Despite his changes now AJ still enjoys a good ride.

AJ enjoys posting pictures involving his cooking and other random things, mostly pictures of Citrine, who he spoils a lot, thank you very much. He often gets Malik Faraji to take the pictures since he's better at it. Because he's shy when talking to people and stutters, he tends to just drop the treats at the person's room then leaves and returns to his dorm to post something to their Mirror Blog.

How Does the Story Go?

How Does AJ Come Into It?

Though not related to any past members of Brother and Sister, AJ was chosen as the new King in his Freedom Year.

"Hello, my name is AJ Charming, I heard you like [name of culture] food so I made some for you. Hope you enjoy it!"
— What's AJ's intro note on the food he delivers outside his classmate's and he's too shy to do it in person

"I uh...I brought some treats for you and Destiny, Fay. I uh...hope it helps with studying?"
— AJ shyly telling Fay Fairer and Destiny Claus he brought some French treats and Swedish dishes for them

If anyone wants to draw AJ, they can! Just make sure to credit me or something~ Have fun with AJ~ Questions, message me here or Discord!

AJ drawn by the amazing Patches! 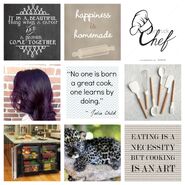 A very cute drawing of AJ - also by Patches!
Add a photo to this gallery
Retrieved from "https://everafterhighfandom.fandom.com/wiki/AJ_Charming?oldid=342115"
Community content is available under CC-BY-SA unless otherwise noted.