Rebel, I believe that if a man loves another, one should not cause him the pain of being pledged to another by an obscure law.

to not have to draw blood (of all things!) from a guy. It's unnatural.

I can work fast. My homework is done in a snap as long as no ones looking.

there's this guy who's constantly hitting on me.. So annoying.

I always feel like I'm on a different island than everyone else.

just about everything else.

I'm sure I'll get friends once I form that band

Avery Maiden is the spunky rebel daughter of the Elf Maiden.

Since she is the main model for Avery, Genevieve Hannileus would do the job quite well. 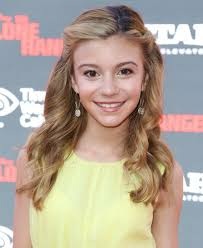 Two men fell in love with the same maiden. One day, on a fishing expedition, one of them noticed she favored the other. He tricked him into staying behind on the island.

The stranded man survived there until Christmas, when he saw a company coming. It included two young women who were better dressed than the others. They saw him sitting by a bundle of sticks, and one of them, to find out what he was made of, pinched him. Her fingers caught a pin, and it drew blood. The rest of the company fled, leaving behind the maiden and a ring of keys. She told him that he had drawn her blood and must marry her. He objected that they could not survive on this island, and she promised to provide. He married her, and she did provide, though he never saw how.

When his people were going to return to fish, they went to the other side of the island. His wife told him not to stir during the night, whatever he heard. A great clatter, like carpentry, arose, and he nearly jumped up before he remembered. But in the morning, a fine house had been built for them. She then told him to pick a place for a cow-shed, and it was built in the same manner, though they had no cows.

She then took him to visit her parents. They were made welcome, but when time came to leave, his wife warned him to jump quickly over the threshold. He did, and her father threw a hammer at him that would have broken his legs if he had not moved quickly. Then his wife told him not to turn around until he was inside their home, whatever he heard. He heard cattle following. When he had his hand on the door, he thought he was safe, and looked, but half the cows vanished. Still, there were enough for them to be rich.

His wife vanished from time to time. He asked her why. She told him she went against her will, and if he drove a nail into the threshold, she would remain all the time, so he did.

How Avery Ties Into It

The wife stayed the entire time and they eventually had Avery. Her first name means 'ruler of all the elfs' and her last name is pretty self explanatory.

Avery is relaxed and mellow, but can easily break down into a temper if anyone gets on her nerves. She is threatened by boys and often makes them uncomfortable.

She has pale skin, caramel hair in a stylish bob, hazel eyes, and is short. Many people consider her pretty.

Avery has an average relationship with her parents.

Avery Maiden wants to form a band so she could make friends. But she does have a very interesting relationship with her roommate, Willow Maid.

She feels threatened by boys and snaps at them when they flirt with her.

She wears a simple white dress with a royal skirt. The top and skirt have red and navy blue trims.

Avery in the yearbook 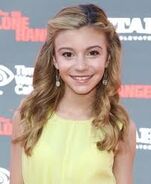 Genevieve Hannelius, Avery's possible portrayal
Add a photo to this gallery
Retrieved from "https://everafterhighfandom.fandom.com/wiki/Avery_Maiden?oldid=306297"
Community content is available under CC-BY-SA unless otherwise noted.