Ever After High, Persona, Story of Seasons, Idolm@ster

I already put a bunch of stuff on my profile, but then I discovered driver pages are a thing. So yeah.

If you need help with editing, or want a peer review, hit me up. It's my passion.

Hey there, I'm Samantha. You can call me Bish, short for BishounenP, as a lot of my friends do. Great nickname, I love it. The picture on the right was drawn for me by my friend. My anime self is totally Umaru.

It seems I'm a bit older than many of the other users around here, but I've always been a major fan of cartoons and animation in general.

I recently graduated college with a Bachelor's degree in Accounting, but I've done nothing with it yet because getting a job is hard. I've always loved writing but thought going to college for it would be a waste (and I still think that for the most part). So I treated my Accounting degree as a failsafe plan for making sure I can take care of myself. But yeah, getting a job is hard.

I have been a shut-in for the past 4 or 5 years, but I do have a lot of friends. Though introverted, I have a healthy social life with my online friends who I love very much. (They're going to see this eventually and make fun of me, lol.)

I love drawing even though I'm not super great at it. I linked to my dA on my profile page, but I think I'll just put a gallery at the bottom for my EAH drawings. Lately I think I've gotten a bit better thanks to my artist friends who taught me some SAI techniques.

HOT TIP: if it sounds like i'm being mean i'm just being extremely sarcastic i promise i am cool and nice

My first and currently only EAH OC is Adelhelm Sweetlips. I very much adore him and am currently pouring a lot of effort into developing him as a character. His name was originally Adelheid, but I learned that Adelheid is actually a female name. And don't get me wrong, I'm completely fine with unusual names for genders, but not with this particular character.

However, I'm considering making some more characters for fun, so I'll talk about that a little. Adelhelm's bio mentions his cousins, the children of the dwarf's two siblings from The Queen Bee. They were originally going to be very minor and not have their own pages but I'm working on them right now! They mostly exist to add more detail to Adelhelm, but I might put more effort into them later.

Originally I wasn't going to write about any of the canon characters alongside Adelhelm, but he just fits so well as a friend of Faybelle. They're both manipulative and conniving and I just see them as the perfect duo. (And I low-key want to hook them up one day but that won't be for a long time, since they're both Royal.)

Okay, so, it's no secret that I love Royals. Faybelle is my favorite character and my only OC is a Royal. Along with that, most of the characters I adore the most are Royals, besides Cerise. It's not that I dislike Rebels, I just loooooove the Royals and the character development that goes along with them.

I love sass. I love characters that are so ridiculous they are basically parodies. I love pretty much anything that is over-the-top and doesn't take itself super seriously. Because of that, most of the stuff I write is humorous and dumb in an intentional way. 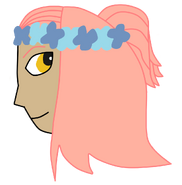 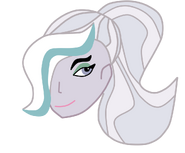 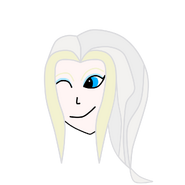 Add a photo to this gallery
Retrieved from "https://everafterhighfandom.fandom.com/wiki/BishounenP?oldid=255180"
Community content is available under CC-BY-SA unless otherwise noted.