Only three people know this but I am hiding a secret. I always need to be on time I guess and try and be perfectly on time

I can transforming into a bunny.

I have a little crush on Alistair Wonderland

Arts and Crafts, the teacher paints everything wrong and imperfectly! UGH!

Bunny Blanc is the 14 year old daughter of the White Rabbit, from Alice's Adventures in Wonderland and Alice: Through the Looking-Glass.

Bunny would be voiced by Erin Fitsgerald, Erin has done a lot of voices for Monster High and Ever After High, like Raven Queen, Abbey Bominable and Spectra Vondergeist. 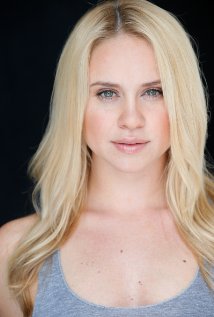 If Ever After High, had a live action movie, Becca Tobin would be a great match, although her hair isn't white, it sure is a very close colour. Becca has starred in Glee and has gone on to do other roles.

Bunny is a very misunderstood girl,she can try and be nice or be evil, sometimes a bit of both that's where her wonderlandian appears. She goes somewhat crazy if people are late and go against the rules. She is a butt kiss to Lizzie Hearts since The White Rabbit is destined to be like a servant to the Queen of Hearts. As Kitty is another fellow Wonderlandian, she gets on with her very much and they keep each other company, the same is with Alistair Wonderland and Madeline Hatter. She loves to do Debate, because she wants the world to at least be a better place and help everyone. She is very late, however, every teacher knows that and sometimes let her off or times, she gets shouted at. She is very close to Cari Pillar, Alistair, Kitty and Lizzie, her and Maddie have a very complicated relationship, she hates Maddie for being friends with the daughter of the person who locked them out of Wonderland, however she loves Maddie's company. She has grew more hatred towards Raven after her Mother closed the Wonderland portals and suddenly they had to flee, Raven doesn't blame her for hating on her but she likes Bunny as a friend and promises she isn't using Maddie, but Bunny still thinks the opposite. Everyone thinks she is mean, but really she just has secrets.

Bunny has white hair and pale light skin. She has yellow bunny-like eyes. She also has white bunny ears with pink on. She normally wears something pink and grey/white.

Alice is feeling bored while sitting on the riverbank with her elder sister, when she notices a talking, clothed White rabbit with a pocket watch run past. She follows it down a rabbit hole when suddenly she falls a long way to a curious hall with many locked doors of all sizes. She finds a small key to a door too small for her to fit through, but through it she sees an attractive garden. She then discovers a bottle on a table labelled "DRINK ME," the contents of which cause her to shrink too small to reach the key which she has left on the table. She eats a cake with "EAT ME" written on it in currants as the chapter closes. Alice grows to such a tremendous size her head hits the ceiling. Alice is unhappy and, as she cries, her tears flood the hallway. After shrinking down again due to a fan she had picked up, Alice swims through her own tears and meets a mouse, who is swimming as well. She tries to make small talk with him in elementary French which offends the mouse and he tries to escape her. The sea of tears becomes crowded with other animals and birds that have been swept away by the rising waters. Alice and the other animals convene on the bank and the question among them is how to get dry again. The Mouse gives them a very dry lecture on William the Conqueror. A dodo decides that the best thing to dry them off would be a Caucus-Race, which consists of everyone running in a circle with no clear winner. Alice eventually frightens all the animals away, unwittingly, by talking about her (moderately ferocious) cat.

How does Bunny come in to it?

Bunny is the next White Rabbit, however she kinda does but doesn't want to be the next Rabbit. She wants to go off with start a life with her fellow wonderlandians and hopes that her dreams do come true. She actually wants to be the fellow protector of Wonderland or at least a helper to the Wonderland community.

Bunny and her Dad are great together, although it is a mystery who her Mother is as her Dad divorced her, her Dad takes very good care of them, she also has a brother named Albion Rabbit and twins Crystella W. Rabbit and Snowline W. Rabbit. Her Aunt, The White Queen, lived with them as well. All her family got out of the portal before closing.

Bunny has grown a lot of like for her wonderlandians. She has been helped and calmed by them. Bunny thinks of them like a family.

Lizzie Hearts - Lizzie and Bunny, although they do not get along sometimes, are very loving to each other, Bunny thinks of her like a Mother she never had. Sometimes they fight but most times they are best friends with each other. After refusing many times, Lizzie joined Bunny's and Cari's wonderland club.

Kitty Cheshire - Kitty and Bunny are like sisters. They always spend time together, they are in every class together and try and do everything together. Kitty loves her to death and would hate to see anything bad happen to Bunny. Kitty is a member of Bunny's and Cari's wonderland club.

Alistair Wonderland and Maddie Hatter - Alistair are very kind and helpful to Bunny. Alistair is like a big brother to her, he is always looking out for Bunny and make sure no one hurts her. After being trapped in Wonderland and suddenly getting pulled out two days after the other wonderlandians came out, they became great friends and she came protective of him. Alistair is a member of Bunny's and Cari's wonderland club.

Cari Pillar - Cari loves Bunny, since being roommates forever they have done everything together. Cari is part of Bunny's wonderlandian club and is the proud co-founder of the club.

Maddie Hatter - Maddie is friends with Raven and after Raven's mother closed the portals to Wonderland, she doesn't think it is a good idea that Maddie hangs around with her, and mostly thinks that Raven is using her and isn't actually her friend, that is why she is protective of Maddie. Maddie is a member of Bunny's and Cari's wonderland club. Whenever Bunny is feeling sad, Maddie will always throw a tea party for her, as she does with most of her Best Friends Forever After.

Bunny has a pet squirrel named Ronan, she got him after the animal call lesson. He has a grey fur coat with white spots on him.

She does have a thing for Alistair Wonderland though thinks he only sees her as a friend.

Bunny has her hair down at the front and it is up in a pony tail in the back. She has pink lipstick on and she is wearing a long sleeved, grey coloured dress with pink frills at the bottom. She has grrey leggings on with pink boots.

Bunny has her hair up in a bun, she wears a pink flower in her hair. She then wears a golden necklace with a red jewel on. She flaunts a white, wedding-dress-inspired dress, with grey hearts and swirls on the bottom of the dress, she then wears her basic pink shoes.

Bunny's Legacy Day
Add a photo to this gallery

Retrieved from "https://everafterhighfandom.fandom.com/wiki/Bunny_Blanc?oldid=315849"
Community content is available under CC-BY-SA unless otherwise noted.