My parents?? The fairy that gave Sleeping Beauty her charm and that sick motherfucker from Riquet with the Tuft who was honestly just there for a laff

Rebel. Story's okay, sounds fun, but it's more about the movement, you know?

Bro I don't even know what my heart desires in public let alone in secret.

Ah. Apparently I'm obsessive? I come on too strong? I don't know when to quit? Yeah right. Oh, and also arrogant. I've been called that too, can't figure out why.

I love acting! Magical Theatre is clearly the best subject !

I don’t necessarily dislike any of my subjects. Though I suppose the one I look forward to the least is…you know what screw it I can’t decide.

Warning: Min cusses a lot. It's in character I swear.

There are a few things one can surmise just from their initial meeting with Min.

3. The laws of physics are of little relevance to her.

Min lives her life under the philosophy that there's no point going anywhere or doing anything if you don't leave a mark.

Ask literally anybody, Min's passion absolutely lies in theatre. It's hardly surprising, considering how theatrical her everyday behaviour is already, with dramatic expressions and words, expressed with more passion than what should be physically possible for somebody her size. One actually begins to wonder if she's quite alright, which she is.

Min absolutely does not lack in musical ability. She is able to play the violin, trumpet, piano and acoustic guitar. She also has an excellent voice, strong, clear and high, with somewhat of an ethereal quality. It's no secret she does intend to make a career out of music, and while her composing skills are nearly nonexistent, Min appears to be well on her way, making somewhat of a name for herself on social media.

This interest, in particular, has often been questioned and prodded at. Although she does try not to let it affect her health, Min does tend to eat less and less the weeks leading up to a photo shoot. She does seem to genuinely enjoy getting prettied up and posing for cameras, however, so it's doubtful that it worries her too much. At the very least, it goes well for her, considering that Min is highly attractive and has many connections in that particular industry.

Which is to say, she could probably give you superhuman strength but in exchange, you must give up your ability to speak or something. She makes up some long-winded pseudoscientific explanation about "Law of Conservation of Mass" and "Equivalent Exchange" which only sounds convincing between the hours of 12 to 4 am. Fortunately though if she's asked for something small, like a temporary boost to memory capacity she will take away something equally small, like, say, a finger. Just kidding. Maybe.

She can fly. She has wings.

idk what to put here but she's super strong

That's mainly because she lifts to keep her arms toned and nice. Magic does have something to do with it, but it's also a result of exercise.

Can harness standard magic. Spellcasting and all that. She's very good at it, not inherently because fae magic is slightly more nature-focused, but because Min works super hard to beat everybody at everything.

Min absolutely adores this kid? They're not actually related but knowing that Astral had a really bad family life, Min legally adopted her so now Min's her mum? Technically? They borrow each other's clothes and act all cute and it's very good and soft.

Min would like to say they get along very well. Although they do not talk much in situations other than family parties, they would at least consider themselves friendly. Lenny and Min are both sharp, witty people, and this makes for great banter between the two of them. They like to tease eachother incessantly, which indicates they are close enough to be always roasting one another into oblivion.

Some time in the future Lenny gets a life husband. Min eventually becomes very good friends with him. She makes it a point to get to know him, and both being the bubbly people that they are.

Sebbie doesn't exist in current timeline but around the time Min's career really explodes, there's all of a sudden a babby nephew who she takes around and spoils rotten.

She love them too !

They've grown up together. It's only natural that Min and Aisley have some sort of bond.

Min's known Aisley since approximately two hours after he finished exiting the womb, and since then, she's been a second older sister to him. Despite being only two years older than Aisley, Min has taken care of him from the moment she could, and before that too. Or at least, she made some noble attempts to do so.

It's no secret that she babies Aisley to the point where some could argue that it's not healthy for either of them, but when you've gone your whole life coddling and adoring somebody, it's difficult to get out of the habit, especially when it's in your nature to baby everyone around you. It's obvious, though, that Aisley is overly reliant on her presence and attention, and that he clings very heavily to Min at school.

That aside, Aisley and Min are very good friends. She loves him with all her little heart. She teaches him about magic and life (neither of which she is qualified to teach anything about), and how to get through school and which substances are the best to make wands out of, and just about anything and everything Min learns that she thinks will help Aisley, goes to Aisley.

Aisley finds her...amazing. He idolises her, and he cares for her immensely. He loves talking to her and being with her and being snoopy and up in other people's business with her. Basically, any form of spending time with Min is welcome and appreciated and treasured on Aisley's end, and the same goes for Min.

sister ! in ! law ! tfw you find somebody shorter than you

What's better than one hot girl? Two hot girls. Min and Rissa like to flirt and there are a ton of rumours going around about the nature of their relationship, which, by-the-by, is entirely platonic.

Min thinks he's a real sweetheart and she likes braiding his hair. They talk love and flirtation and overpriced coffee so loaded with sugar and syrup it can hardly be considered coffee any longer.

He's also a younger brother figure for her, and she steers him away from bad situations and people because he's slightly too naive and his rose-coloured glasses are too heavily tinted.

Min adores her very much, even if Ember does accidentally set her expensive things on fire sometimes.

she loves her she's so cute

They flirt. It's good.

Admittedly, Min finds it weird flirting with a robot but then again "visual novels are a thing, and Tereus isn't that much different...sort of?". She thinks he's a lot of fun and feels lar

They bumped into each other. Min tried to make friends. Repeat. Get shipped. He leave. Who is he again? Min was probably frustrated at the time that she found someone who outright refused to be friends with her but I don't think she really cared towards the end. "Seb-oh, just Bastion? Who? The pink one?"

Lol u thought she had these

Min flirts with literally everybody but she's extremely faithful to her so's. She's pansexual, and doesn't have a preference for girls or guys but does seem to have a type. Based on who she's dated and crushed on/admired in the past, Min likes people who are small and gentle in demeanour and stature and they all seem to be musically inclined. And, oddly enough, related to birds somehow.

In short, Min thinks Daulis is absolutely positively the cutest, most amazing-est boy in the world. She adores him, and if you don't think she spoils him to death you are wrong.

For all her ego and inflated sense of self, Min can't help but just. Liquidise. Around him. She turns into little puddles of happiness and warmth. Who wouldn't, given that their adorable, precious boyfriend wrote them pretty poetry?

Tl;dr, Min's completely and utterly infatuated with Daulis and she will fight everyone to keep him safe.

It was good while it lasted. Their breakup was messy- they didn't want to break up. Exquisite's father decided it and even afterwards for a few months, Min and her girlfriend would meet in secret. Sometimes to cry, sometimes to make out and sometimes to just indulge in each other's company. Sometimes all three. It was bad for their health and eventually they decided to break it off completely for their own sakes.

Upon reflection, Min will reveal that this is one of the most intimate and emotionally-charged relationships she's ever had, because Exquisite was the first person Min had ever properly dated. She was thirteen/fourteen, dramatic, tired, a huge emo and a mess, and she had fallen deeply in...love, was it?? with a princess who she knew would never be able to stay and it was fragile and weird and pretentious and volatile and she loved it, up until the end. Those bits were bad, and the memories are bad and unhealthy, but they are precious, important memories all the same.

They had a very brief relationship which could more easily seen as friends with benefits. By benefits, I mean hand-holding and making out and taking to expensive restaurants.

Pastel shitstorm. Metal of choice is white gold or silver. Rose gold is alright, gold itself is usually a big no-no, and she doesn't wear any other metals.

I killed all my old cringey art. I considered keeping it as a record of Min’s development ‘’but’’ other people have already made me such fabulous art over the past year and a bit that there is no need to keep my own.

Fancy New Art By Me 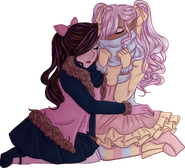 Dollfaced! ft Mars Bars the bae. Imagine this as a post-apocalyptic-zombie-au thing. Where they still have access to expensive makeup, frilly clothing and hair curlers. 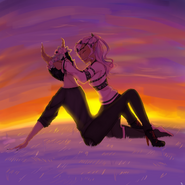 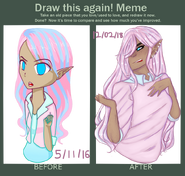 Hooray for improvement, and Min getting rid of that uglyass jacket 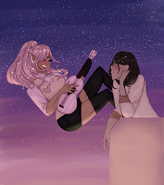 did you know: i love glitterwings 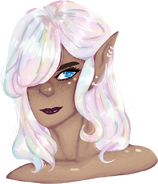 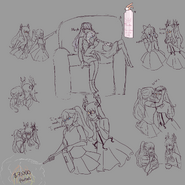 Min and her roomie Ember. they're lovely. I love them. 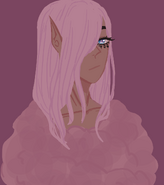 Art Other Lovely People Made

also by Bel. It's Sable.

A fantastic picture of Min in EAH style by Rudino 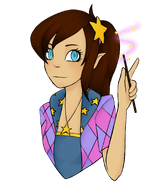 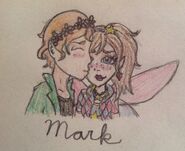 Nicknames, yassssss. By Sabs. So cute. 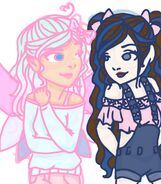 adorable and so well drawn Dollfaced babs (by Bel!) <3 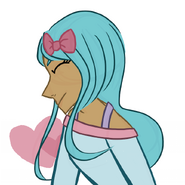 Min Bab By Zena Thank you for the hella cute birthday present!

Thank you so much Bel she looks awesome 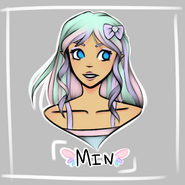 literally one of my favourite pieces by Spades <3

Min by Luminosity-Shade on DA! 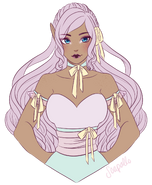 A bae by Estella, who's an absolute legend

ooof hidden drew her TOO PRETTY FOR MY HEART

Retrieved from "https://everafterhighfandom.fandom.com/wiki/Charmaine_Lexwington?oldid=325275"
Community content is available under CC-BY-SA unless otherwise noted.