This is also on my user page. So check that out. And leave a message on my wall! I love to make friends! Hi. I'm emmarainbow432. This is my driver page, so, keep reading.

well, I missed legacy day so, no story for me! Yay!

rebel is more my style, but the royals get awesome outfit designs, so I would say Renel, Roual, and Neutral

Alone and happy. So don't ask.

to achieve geniusness without being called a nerd and singing "What I Did For Love" perfectly.

being awesome. It's how I roll. But I do write okay-ish.

I have a bad temper, and I can be over critical.

literature, it's my thing. I wish my teacher would accept my fanfics instead of homework:p

math, it's not my thing. I wish I had no homework on this one.

Jocklagdagorian,Cirdergoorg, Kieronion, and I'm an okay person, so leave a message on my wall and maybe we could become friends. Who knows?

Sup guys. This is Emmarainbow432, otherwise known as the walking dictionary. This is my driver page.

I am nice,smart, and I have great hair. I like to be weird and it's hard to get me embarrassed. I tend to get hurt often, plus I'm the best love consultant ever.

I'm a unicorn with blue tail hair and neon pink mane. My horn is pure glitter.

I'm a kid unicorn, so that's kind of cool, but i don't like it when people say that I'm not a unicorn, I mean, would I actually make this stuff up?

I guess I have to write my own fairytale, since I missed legacy day. But I'm supposed to be a background unicorn.

How does Character Name come into it?

I live with a unicorn herd, and they're pretty nice.

I'm a friendly unicorn, but I have a very select few of friends who tolerate me.

Jocklagdagorian, has a lot of intriguing personality and always makes jokes.She has light yellow mane and tail and a bright pink horn.

Cirderagoorg, is loud and never thinks twice. Her blue mane and tail shines in the light of Unicorn light bulbs.

Kieronion, is quiet and kind.she has a pastel mane and tail.

My pets include Fretter, who's a talking dog. There's also The Supreme Ruler Of All Koalas, who is my self running shoe.

I'm actually kind of bad with animals (I tend to get attacked by big dogs), but I love baby animals that can't ruin the house yet.

I'm not allowed to date until I'm 5056 unicorn years, but I do have a crush on Cargaratza, a cute unicorn boy.

T-shirt and legging, because I find jeans uncomfortable.

I would probably wear a dress that's purple to show my rebel support.

A quote from Full House dat I love

I won third place in the Razzle contest.
Add a photo to this gallery

Today is my first day at EAH, and I feel out of place, since I am a unicorn and all. But I'm not the kind to give up. I will make friends with EVERYONE!

Today is my second day at EAH. Did you know that there is a unicorn herd here? Well, I met the unicorn herd and had a good time!

My Official And Awesome Ships

Duck Girl+ narrators (it would work)

Questions that need to be answered in comments

Are people born wicked or is wickedness thrust upon them? -credits to the genius script writers of Wicked

When does the road actually end?-reference to Where The Road Ends

Which should I ship, Cuter or Dexen?-a real problem going on in my head

my Wikias that really need users

Please check them out via Google or my profile links

2. The Wizard Of Oz Fandom

I have a fanfic series in the form of a septology. The series is called Once Upon The End. The stories include:

2.Once Upon A Time

I can do many things. So I am willing to do things for other users. These "things" include:

3. Helping to flesh out characters

4. Writing diaries or mirror blogs or even character bios

I have different favorite characters for different reasons.

2.Hopper is super fun to watch

3.C.A. Is so fun to watch when she's talking with Dexter!

2.(tied) Dexter and Daring. Dexter is the nerdy kind of guy that I just love, while daring

3. I'm getting tired of Raven. 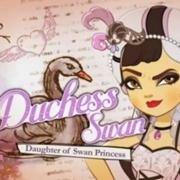 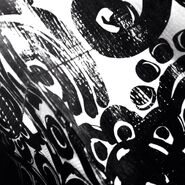 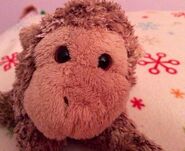 Possibility 6
Add a photo to this gallery

If I were a Fairy Tale

I would probably be Sleeping Beauty. I really need a nap.

1. Cupid actually went for it. She tried to talk Dexter into asking her out, but he didn't notice or take a hint.

1b. Raven, meanwhile, showed very little hints. She just was happy when she found out who gave the note.

2. It's soo cute! Both are awkward around their crushes, so if they had a crush in each other, it would be ADORABLE

3. Dexter actually kissed Cupid on the cheek. That means something, right?

Apple chat is a tumblr/wiki based talk show with Apple as the star. Raven, Ashlynn, Hunter, and Cerise as co stars.

Leave any topics of conversation in the comments.

Retrieved from "https://everafterhighfandom.fandom.com/wiki/Emmarainbow432?oldid=256810"
Community content is available under CC-BY-SA unless otherwise noted.