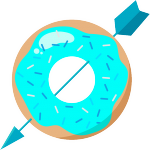 aka JK or Artemis

A To-do List that is Not of Concern, just to Remind me:

posting some stuff about the eccentric fanguys (NAME PENDING PLEASE)

The Eccentric Fanguys is a school club for people interested in fandoms to gather, eat snacks, and mainly chill. At times, there will be heated shipping wars, frustratingly fun philosophical debates, questioning theory exploration, and unnecessary musical reenactments. But for the most part, everything is pretty relaxed.

After being relentlessly pestered by a school counselor to get involved socially, Damien Schicksal created a club for the sole purpose of not having join an actual one. Although he did receive a technical success, the counselor decided it wouldn't be a club without more than one member. So don't delay! Join the Eccentric Fanguys today!

Following the events of Spring Unsprung, Dami decided that he could get people to join the club by bribing them with food, after seeing how people loved the cooking contest. Though the bribing initially worked, everyone who joined soon left, the club gradually emptying out into it's beginning state. Which left him desperate.

However, pre-Way to Wonderland, one more person had joined, which gave Dami another technical success, though the club wasn't much of a club still. This new member did allow the club to stay a club for a little bit longer, which relieved Dami to the maximum.

Right now, the counselor has told Dami that his club is barely a club, but rather just an excuse for him, it will be shut down soon unless some actual members join, and there is actually a purpose for the club rather than just a time for him to cook excessively.

Because there are barely 5 members, it would be stupid to use a whole room when other clubs need it. Plus, our somewhat leader feels a bit uncomfortable in a super wide open space. The usual meeting place is an abandoned teacher's office that allows enough room but not too much.

Since no one uses the abandoned room anymore, the club felt free to decorate it, if not a little eccentrically. Most of the walls have been covered with random movie posters, book art, and anime merchandise. Here and there are tacked up with little post-its to help people remember inspirational quotes. Plenty of cosplay photos and fanart are tacked up.

Fluffy, brightly colored rugs cover a lot of the floor, and random beanbags are plopped everywhere. Of course there are also straight-backed chairs and spinny office chairs for when you're bored. An old mahogany coffee table hauled from a yard sale sits in the middle of the room and supports the weight of all the snacks. There's also this mini flip-TV that's pretty old and if you can get the thing to work properly you can put in some DVDs. Or, just save yourself all that trouble and bring in your own device.

In a corner sits a counter with a top made from granite. A mini-diner grill, a small toaster oven, and a sink are the only things on it, with ingredients in the cupboards. The door is in another corner of the room. A battered bookcase stands in another corner, filled with slightly less battered comic books, manga, and DVDs. A vintage jukebox is present in the last corner, ready to play whatever tune they want.

The lighting is deliberately dimmed, so it feels a little more cozy. Small candles fill the room with a natural, orangey glow.

Retrieved from "https://everafterhighfandom.fandom.com/wiki/User:ArtemisDonut?oldid=320170"
Community content is available under CC-BY-SA unless otherwise noted.